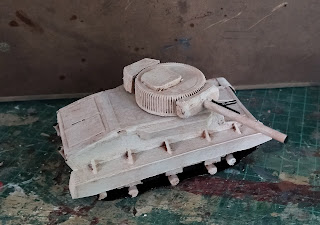 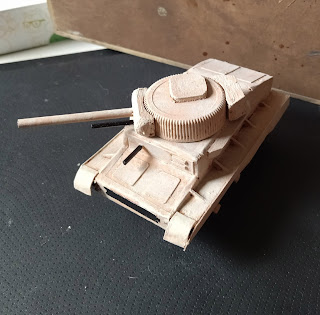 The P-555 is equipped with a 50mm AT gun and a pair of machine guns. Its factory paint is beige. 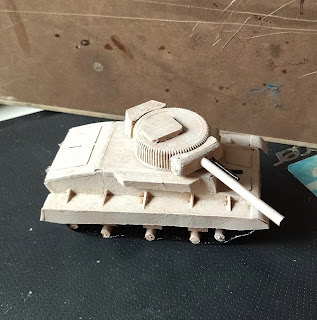 The only problem is with the tracks, they are way too vulnerable and often faulty. This reduces the tank's off-road ability to a degree.
The vehicle itself was made from various pieces of scratch: the main hull is a pizza box cut and folded to shape. The track guard is a piece of 1mm balsa, and the tracks themselves are from cardstock. The turret was fashioned from a milk bottle cap.
Written by: Andrew McCory Time: 5:28 PM