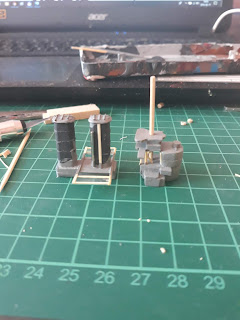 I've made more sticky notes to follow my progress, and these amount to the following:

On the picture above, I'm adding further detail to the funnel housing, including the suspended parts that hold the first row of boats, and restructuring the armored bridge. It's good to keep track by painting some parts and then adding more, you can clearly see the changes. 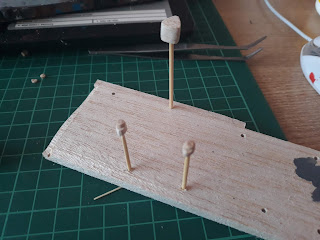 This is the rear superstructure and the pair of range finder positions on the sides being worked on. 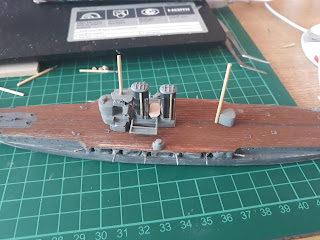 I glued the range finders to the deck and attached the funnel housing section to the bridge. There's the searchlight platform between the funnels as well. I'm starting to build the rear watch position. 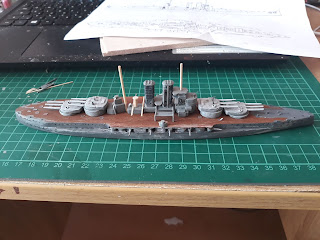 I've also worked on the rear boat bay so it's time for another test fit. There's little spare space to work with, so things should really be experimented with and kept to the original layout of the ship. 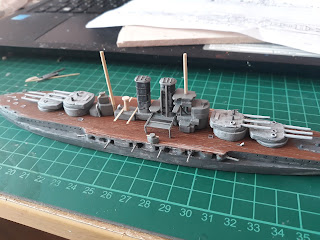 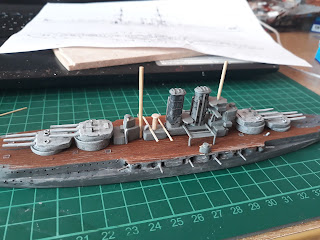 It's going to be fun to see the end product.
Written by: András Szilvásy Time: 9:22 AM